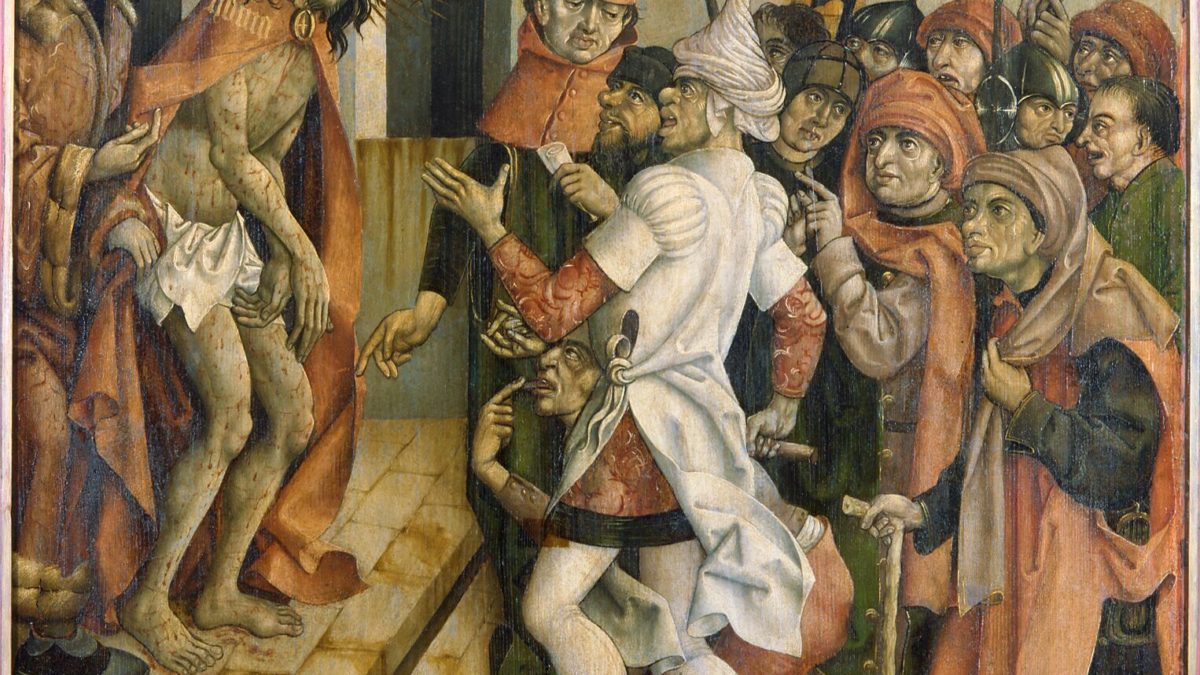 With Christ in limbo

Where? In the cloister in room 4

What? 12 pictures from the year 1494 show the passion of Jesus Christ. Once the pictures were placed on the rood screen next to the altar of the Franciscan church and were addressed to the non clergy. They were addressed to the laity as a kind of picture story, which the rood screen separated from the clergy. Thus they were used as a didactic medium for that part of the population that did not know Latin and could not understand the mass.