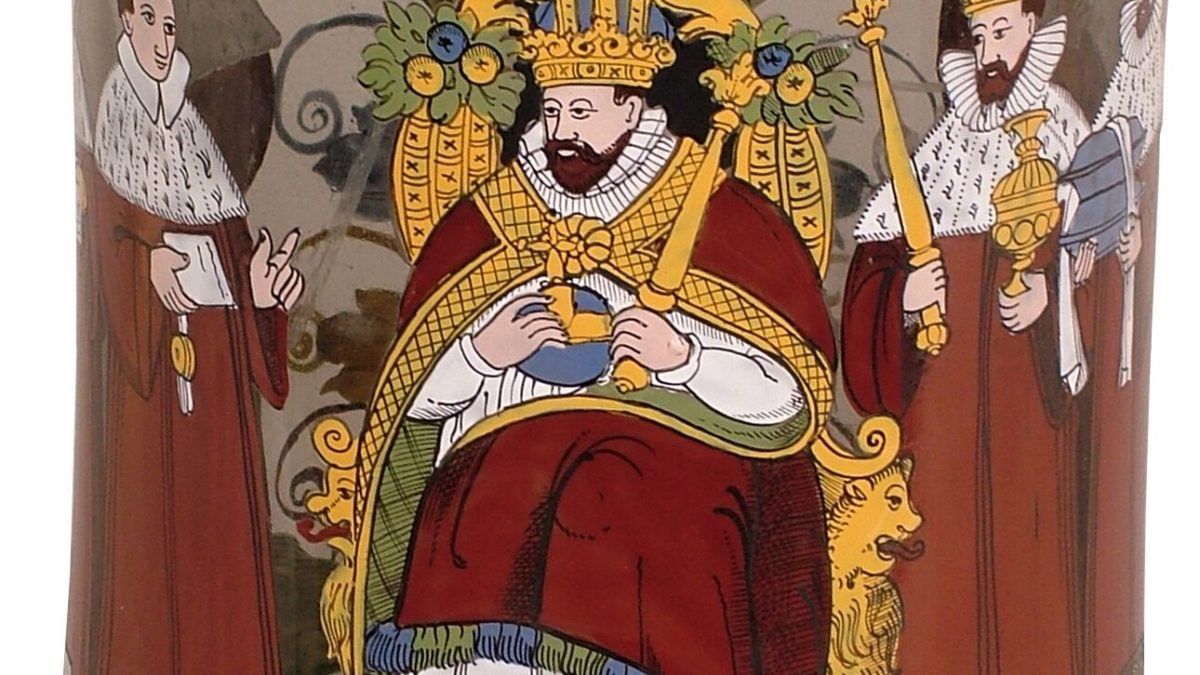 A Rothenburg original from Bohemia

Where? On the first floor, in the “Masterdraught”- showcase

What? In 1616 this tankard probably came to Rothenburg from Bohemia, where the manufactories were located. It was probably bought by Nikolaus Göttlingk, who once came to Rothenburg as a wealthy man from Magdeburg and later became its mayor. The vessel was used in an official function for guests of honour of the town as a so-called “Willkomm” until 1802, when Rothenburg lost its privilege as an imperial town. Such a “Willkomm” existed in almost all imperial cities – sometimes even several in one city.

What is worth a closer look? In Rothenburg, of course, the “Willkomm” is still on everyone’s lips in its function at the “Meistertrunk” festival. After all, master glazier Adam Hörber put it in the spotlight of his theater play. On the “Willkomm” original in the RothenburgMuseum, Emperor Matthias can be seen, who ruled in the Holy Roman Empire at the time of its manufacture.