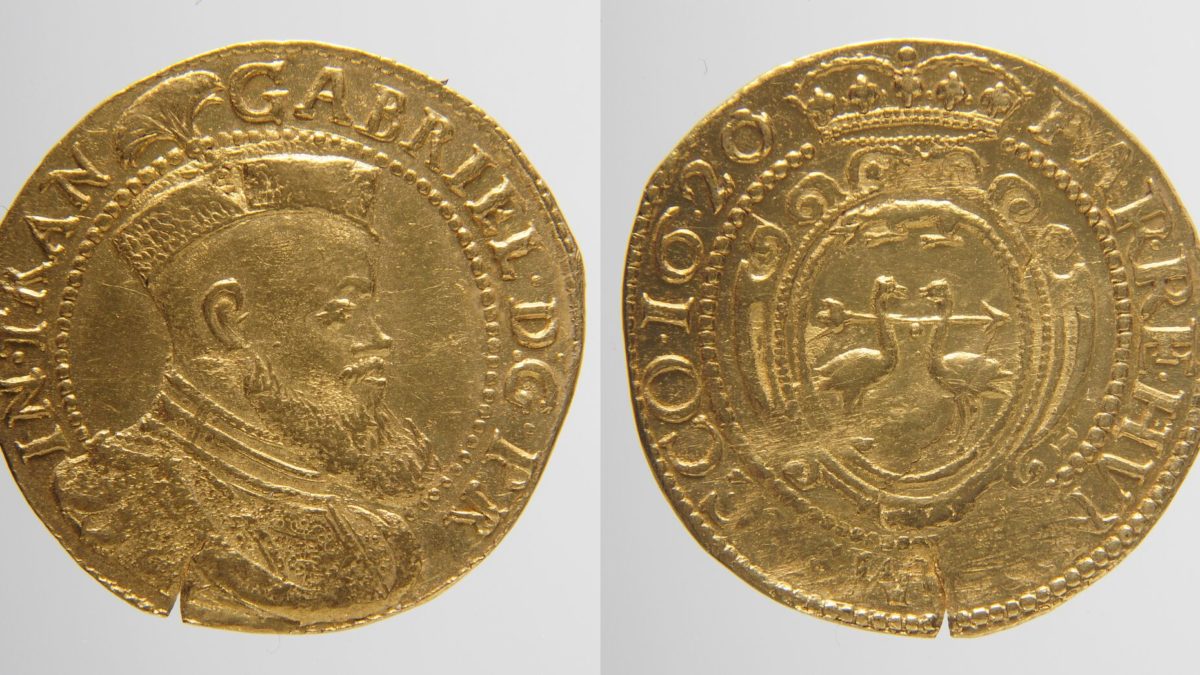 The golden find from the ground

Where? On the first floor, in the “Masterdraught”- showcase

What? When the Rothenburg city council purchased the house at Grüner Markt 2 in 1999, they were astonished shortly afterwards: a collection of gold coins was found buried just under 10 centimetres deep in the ground. The coins were probably buried as early as 1680 for fear of French troops who were near Rothenburg during the War of Palatinate Succession – irony of fate: the troops never entered the town. Why the owner never took them out of the ground remains a mystery. The coins once served as currency and have a gold content of 90 to 99 percent.

What is worth a closer look? The youngest coin dates from 1678, the oldest from the early 15th century from an Arab caliphate. The most valuable piece is a Transylvanian coin from 1620 with a very high gold content and a very fine minting.

Please note: The gold treasure is unfortunately not on display at the moment.