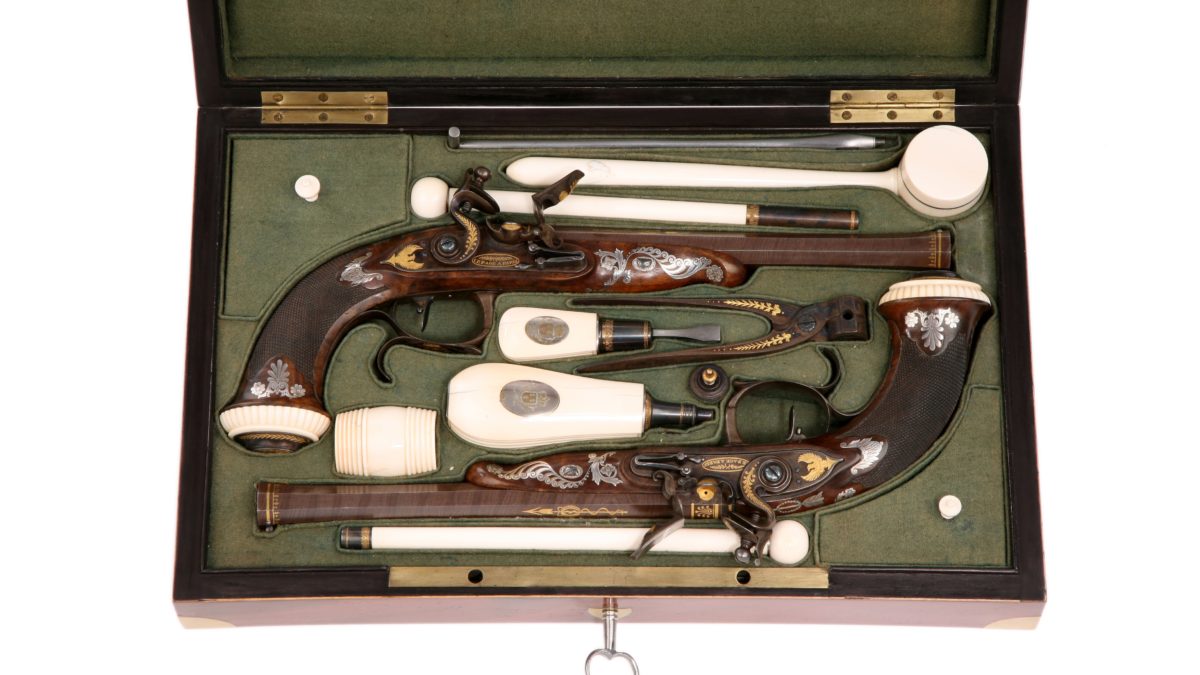 A bribe to Klemenz von Metternich

Arms collection of the Baumann Foundation

Where? Arms collection of the Baumann Foundation

What? During the Congress of Vienna (1814 and 1815), the French, who were defeated in the war, had to avert as much damage as possible in the peace negotiations. So the gift of the French King Louis XVIII to the Prussian nobleman Klemenz von Metternich was not a bad thing: the dueling pistols come from the gunsmith dynasty Le Page. Metternich had exhibited them as a prestige object in his chamber of arts.

What is worth a closer look? The fine decoration of the weapons is made of ivory, the weapon itself of high-quality wood.